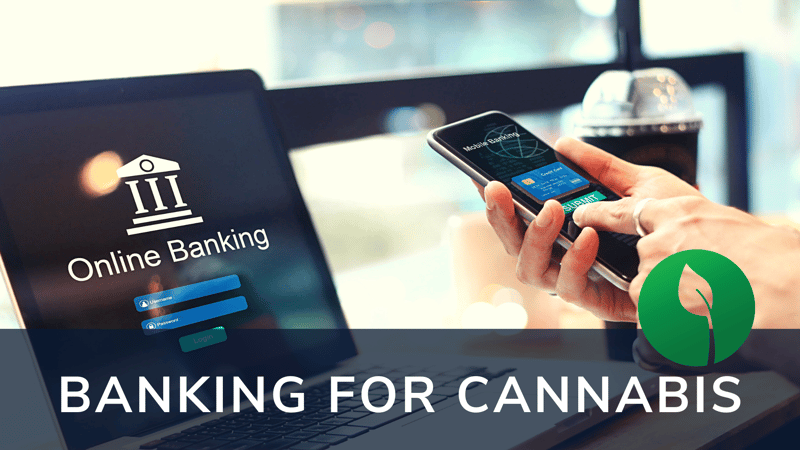 What most people don’t realize is there is already a way for cannabis businesses to bank securely, despite its federally illegal status. The Financial Crimes Enforcement Network (FinCEN) has issued guidance for safe banking in the cannabis space, compliant to the Bank Secrecy Act (BSA) of 1970.

FinCEN’s guidance was updated as recently as June 29th, 2020, specifically clarifying the language surrounding hemp. This four-page update is built upon a joint statement issued by FinCEN in December 2019, with the end goal being to enhance “the availability of financial services for, and the financial transparency of, hemp-related businesses in accordance with federal law.”

“Today, any bank willing to follow that FinCEN guidance can bank a cannabis company. It requires meticulous tracking of all transactions and cash, and this takes an extraordinary amount of time to do manually,” said Brad Bogus, Vice President of Growth at Flourish Software. “Furthermore, any bank working with cannabis companies must manage a large number of cash deposits, which can cause them to max out on vault storage at any given time. This is why most banks don’t actually work with cannabis companies; not because it’s federally illegal.”

Bogus further explained that while banks might be “spooked” by cannabis’ controlled substance classification, that concept alone doesn’t prevent banks from doing business with cannabis companies if they choose to. “The federal government has provided that guidance [for cannabis business and banking relationships] already. Removing cannabis from the Schedule I Substances list won’t stop the industry from being cash-intensive, which will still require banks to follow the FinCEN guidelines,” said Bogus.

“When federal legalization happens, the same guidelines will exist,” Bogus continued. “The same work will be required to bank a cannabis company, and thus, the same reticence on behalf of the banks will exist. The current U.S. alcohol industry runs almost entirely through four banks. That is because they have to follow the same FinCEN guidance, as does any cash-intensive industry. Therefore, federal legalization will have little effect on changing the banking situation as it currently stands.”

“However, those guidelines require exhaustive data tracking and reporting. Systems like Flourish who manage the inventory, distribution, and sales across entire cannabis operations will be crucial to report any finite details of the operation”, said Bogus.

Bogus went on to explain the significance of The SAFE Banking Act and how appealing financial tech software for the cannabis industry will look to investors once they have the “protection” of the SAFE Banking Act. “Expect a ton of funds to pour in from investors of all shapes and sizes towards this space when this happens.”

The Financial Crimes Enforcement Network reported 723 banks across America (6% of total institutions in the country) providing banking services to cannabis businesses in 2019, though the names of these institutions are not publicly disclosed.

Federal legalization will still be impactful to cannabis businesses

However, FinCEN’s current guidance doesn’t mean federal legalization is meaningless. When the federal government legalizes cannabis, it will be game on for state-legal businesses. “With products able to move across state lines upon federal legalization, cannabis companies will have to manage sales and distribution in locations all over the nation. This will make operations especially tricky and hard to manage unless they work with a company like Flourish,” said Bogus.

“While operators are currently struggling to maintain a unified record of their inventory, lab tests, sales, and products currently in processing or manufacturing - this struggle will get much more intense at the federal level. Cannabis companies should start working with Flourish today, as our software solves this problem already and can begin streamlining your data,” he continued.

Looking forward, it's hard to predict what cannabis companies will need to do in order to be federally compliant upon legalization. “Will we follow a model where all states set their own regulations, similar to how it exists now as the STATES Act proposed? Or will everything be regulated under an overarching federal standard through a body like the FDA, and if so, what will they deem important to track and report? We don’t know that yet. What we do know is that we will track every meaningful data point and sync all relevant data required-by-state track and trace platforms in every operation. That means we track what will most likely be required from a federal standpoint in any model they employ. That’s why Flourish’s clients should not be concerned about whether they’re ready for what the feds will require of them,” said Bogus.

We didn’t get much of a pause between the 4th of July and the second biggest holiday in cannabis...

CEO Colton Griffin shares his insight on expanding the conversation about supplier diversity in a...