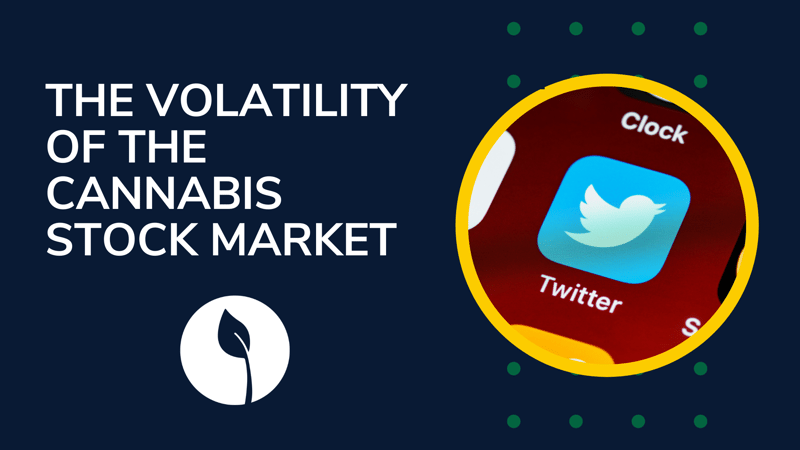 There’s been some cannabis drama on the internet. This time, it involves cannabis stocks.

Reddit once again controlled the stock market, sending cannabis stocks to the moon, only to crash them back down to Earth again a short time later. You might remember the GameStop and AMC Entertainment stock market craze in January and February of this year. Companies like Robinhood actually stopped trading because of it, sparking outrage in believers of the free market. Big Cannabis was the next target, and passionate traders pulled off another epic (as in colossal) short squeeze.

In response, #MSOGang has since been trending on Twitter in an effort to differentiate between U.S. multi-state operators (MSOs) and Canadian ones, as well as highlighting the cannabis industry’s potential, both economically and morally. In the U.S., cannabis companies with operations in more than one state are known as MSOs, while the equivalent in Canada is licensed producers or LPs.

The stock market took most of the abrasive impact in mid-February, but the #MSOGang is alive and well on Twitter and reminding everyone why cannabis is a green (pun intended) opportunity for investors, and the world in general. Some of the largest short positions during the February squeeze included:

Investors are wary of American cannabis

As it stands, cannabis is federally illegal in the United States. This means large investors aren’t putting their chips in, so it’s less competitive for small investors to jump in and claim a piece of the pie. However, the gray area legality makes the industry look volatile and even some small investors are hesitant.

“The whole mission [of the #MSOGang movement] is to educate others on the opportunity in cannabis, especially given the Reddit surge,” said Todd Harrison. Harrison is the Chief Investment Officer of CB1 Capital, a fund with $50 million invested in U.S. cannabis companies. He was one of the first people to use the hashtag, and is sometimes viewed as one of the movement’s leaders.

Is cannabis a solid investment? It depends on whom you ask.

The hashtag has been around since August, but given the recent Reddit-fueled mania and stock market roller coaster, it’s recently been picking up more steam. Prominent financial gurus, like Jim Cramer, claim there are “no blue chips pot stocks” and that cannabis “is a good, not great industry. Lots of better ones out there,” he tweeted in February.

There are no blue chip pot stocks and i am sorry but it is not a huge industry.. It's a good, not great industry. Lots of better ones out there.

That tweet, of course, contributed to the flood of #MSOGang tweets. Jim Cramer is the host of CNBC’s “Mad Money”, a financial segment that puts a lot of emphasis on investing in the stock market. Naturally, Cramer’s large influence and platform encouraged the cannabis industry to set the record straight and reply to his claims directly.

“Because it is all about the consumer, I believe cannabis is the next great American growth story. It's wonderful that so many people still don't see it. That's what makes a market and what creates such a great opportunity. Buyer beware... #MSOgang,” said one reply to Cramer.

“Jim, I respectfully disagree. I’ve run a pharma fund for over 20 years. Never been more concentrated in one sector than I am in cannabis right now. Over 80% of my $2.2b fund in these names. Would be my pleasure to give you a 15 min rundown. I promise I’ll flip you. #MSOGang,” tweeted Jason Wild.

Jim, I respectfully disagree. I've run a pharma fund for over 20 years. Never been more concentrated in one sector than I am in cannabis right now. Over 80% of my $2.2b fund in these names. Would be my pleasure to give you a 15 min rundown. I promise I'll flip you.🙏 #MSOGang

As we mentioned, a lot of the recent #MSOGang traction stems from the Reddit-inspired short squeeze. However, this isn’t the cannabis industry’s first experience with traders driving their stock price down. Brendan Kennedy, Tilray’s CEO, said something similar happened in 2018. Traders drove Tilray’s stock from roughly $24 to $300/share, only to drive it back to the floor. “I’ve had a little bit of PTSD over the last couple of days,” said Kennedy on CNBC in January in response to the GameStop madness. “I remember getting five different calls from Nasdaq in a single day about our stock being halted because the short sellers were being squeezed so badly.”

The #MSOGang isn’t necessarily playing defense on Twitter anymore, as the active campaigns against cannabis stock seem to have subsided - for now. The hashtag instead seems to be used as more of a solidarity symbol, representing support and community within the American cannabis space.

Cannabis is still illegal at the federal level, which poses a variety of challenges for any...

5 Tips with Hardik: Actions in Flourish